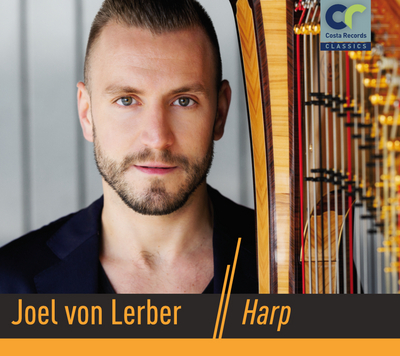 Prize-winning Swiss harpist Joel von Lerber presents his debut CD for Costa Records.
In a wonderfully varied programme of transcriptions and original works, from Smetana’s The Moldau to 19th Century opera paraphrases and contemporary character pieces and toccatas, Joel shows the extent of his virtuosity and the depth of his sonorous musicality.